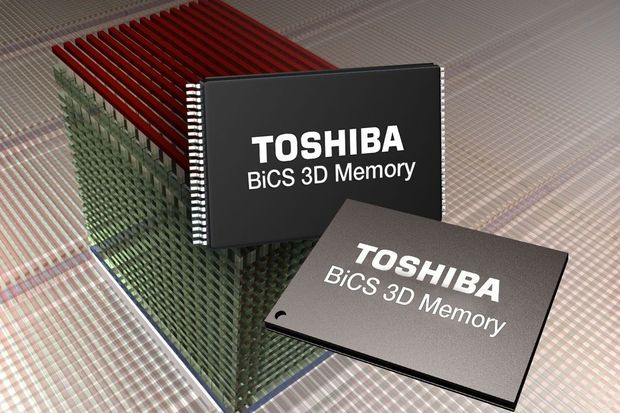 Reducing the technological process has become increasingly difficult. This was seen most clearly from Intel and TSMC, but all chip manufacturers have suffered more or less. Toshiba made 15 nm flash memory for some time. And how to go down was really hard to walk, he left to go up.

I mean, because it’s a three-dimensional process technology, to increase the number of layers. From 8 were each so far at 16. TSV (Through Silicon Via) interconnected, of course . These chips are capable of speeds of over 1 Gb / sec, requiring a voltages of 1.8 V and 1.2 V for core components for the connection, thus consuming 50% less electricity.

And thanks to doubling the number of layers and the ability of a chip doubles, reaching to 256 GB. That would allow SSD 3.5 ” of 16 TB.

I guess, we are all waiting an SSD which can have speeds over 1 Gib, at an good price. We will see this, I hope soon.