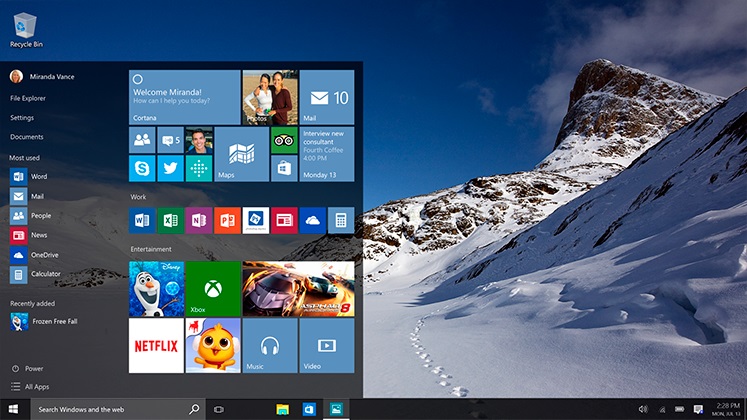 We do not know exactly what Microsoft understands by piracy. But it looks like we are about to find out. Because another “advantage” of Windows 10 (besides the forced updates) is the ability to check for pirated software and hardware. And block their function.

Or, more accurately, unauthorized. Ok, with pirated software is easy to understand how things are. But other unauthorized objects … such as home videos, photos.  If Windows excess of zeal, detect and close more than it should? Such a service would become a gold mine for major studios who will see their achievements sacredly defended.

Or for major hardware manufacturers, which through the influence exerted upon Microsoft could push smaller competitors on the market. But for Microsoft, which would facilitate the approval … However we believe that such measures are still far away, and my toes as Microsoft tries to estimate the overall reaction. How did it and some “facilities” on Xbox One, which eventually were abandoned.

We do not think Windows would risk his popularity, especially now when the competition picks up all the operating systems, the PC is no longer the dominant smart device of our lives.