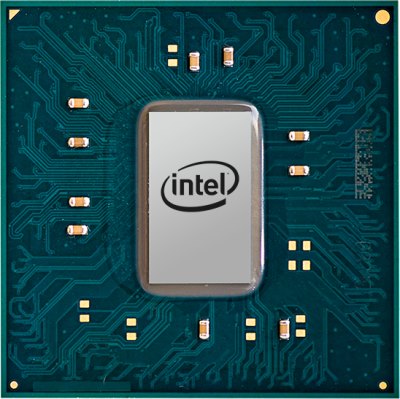 Skylake debuts atypical on desktop segment, at this time we receive only two copies, the most important and interesting. I mean the two models with unlocked multiplier, Core i7 6700K and Core i5 6600K. They are presented as the ideal solution for gaming, and this aspect of their launch takes place at Gamescom in Germany. And from the first moment we are surprised by the boxes made by Intel, which are more colorful as ever.  And importantly, though these processors are introduced at the same prices as their equivalents, Haswell, two years ago, they are more expensive. Because they are delivered in tray, ie without a cooler. It is true that such CPUs, unlocked, overclockable are generally financed and best-cooled solutions, cooler box staying most of the time in given box.

But back to architecture, to change and innovation. If we can say that. Skylake is the second attempt to Intel’s 14 nm process technology, after Broadwell. So essentially is a tock, that should bring major changes, significant increases performance, and to keep all promises. Unfortunately Intel did not even offer this hour technical details of the changes made, recommend us to have patience until the rest of the family Skylake comes on the market. Or at least until Intel Developer Forum in ten days. So we talk about things already mentioned.

Like new Skylake integrated memory controller, compatible DDR4 dual channel  (2133 MHz) and DDR3L (1600 MHz, dual channel all). It is clear that Intel wants to offer a flexibility, but we wonder if it did not only for the sake of public recognition. Because DDR3L DDR3 is not the same as normal. These modules operate with voltages of only 1.35 V (much closer to those of DDR4 1.2 V), so hardly anyone will be able to reuse the current RAM Skylake, at a possible upgrade. 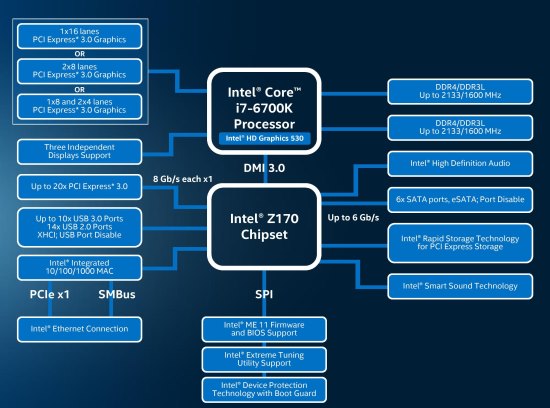 Mainboard clearly will not fit. Because it used a new socket, LGA1151. And to mark this change was created and a new family of chipsets: Z170, H170, Q150, B150 and H110. But who would make the best pair with these two CPUs Z170 is unlocked, it only arrived now. From one point of view it is consistent with the preceding Skylake his: that of the cooling system. LGA1151 has the same mounting system as the one before, so the cooler can be reused.

Skylake processors made available to the user 16 PCI-E 3.0 lanes for video cards, and use the new DMI 3.0 bus to communicate  with chipset (capable of 3.93 GB / sec). Another change that you enjoy is the new voltage processors, or rather of its regulation. Normally,at Intel, of this surgery deals the motherboard . But at Broadwell and Haswell the task  came under the direct administration of the CPU, which allowed better control of consumption, but also prevented the achievement of higher frequencies. The desktop Skylake things back a little, meaning that the voltage will be again controlled by the motherboard.

After seeing the IGP from Broadwell (Iris Pro 6200), and power consumption higher than expected Skylake K models, we expect to see an integrated and more efficient GPU. But the big surprise we were to have something similar part of Haswell, and changed the name to “reduce confusion” (according to official explanations Intel).

This is the genesis HD Graphics 530, Unified Shaders 24 and a maximum frequency of 1150 MHz. Of course, you say that these processors will still have powerful video cards next to them, and that the IGP is irrelevant. But we still expect more. As changes in this chapter, we have separation of electrically component encoding / decoding video technology that streamlines tasks Overlay Multi Plane image adjustment, and compression of color (as seen from AMD and nVidia GPUs in lately). Also in the Skylake PGI in terms of encoding and decoding video HEVC is fully compatible and partly VP9.

To go back to chipset that debuted also now: Z170, codenamed Sunrise Point. It benefits from flexible connectivity, an idea already seen the Z97 and X99, providing motherboards integrator 26 configurable lanes (called High-Speed Input / Output ports, HSIO short, or Flex-IO). They are normally for a minimum of six USB 3.0 ports and up to 20 PCI-E 3.0. But of them must be born and GigaLAN, and SATA and SATA Express and M.2. So things will vary extreme at connectivity. 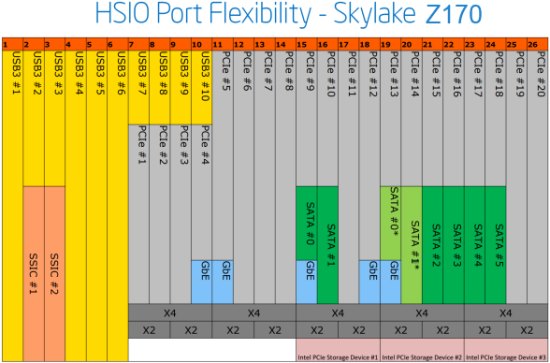 And since we are in this area, we must remember the other chips that accompanies it on Z170. The first is the Alpine Ridge controller that handles Gen 2 USB 3.1, Thunderbolt 3 HDMI 2.0, DisplayPort and DockPort (chip made by Intel directly, to be found only in the beginning Gigabyte motherboards, the rest using a solution similar ASMEDIA ASM1142). And the second is Jacksonville I219 controller that takes care exclusively GigaLAN site, and is more efficient than its predecessors. On the audio side is not much to tell, just like the microphone is directly implemented at the chipset, and does not need additional codecs to be processed by the CPU.

Altogether, the lack of competition from AMD slashed increasingly more pipette that we Unveils New Intel architectures and processors. Who wants a new system or a new CPU and have in mind and overclocking can opt for Skylake K.