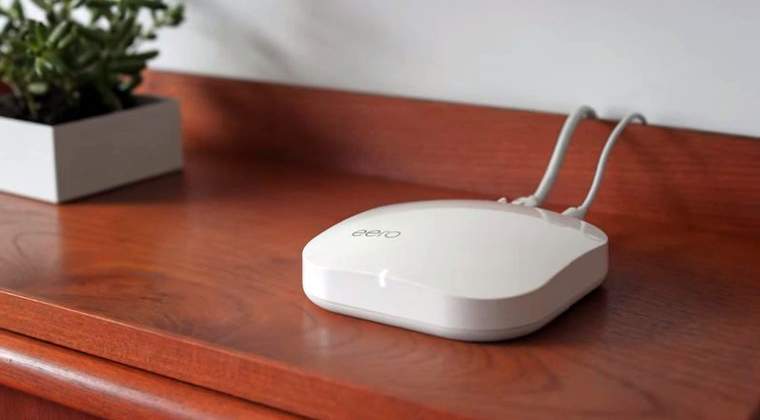 It is true that you will not find a router that is perfect, even if you pull out of your pocket a larger amount of money, because you consider that does not justify the acquisition and the quality – price, but for an ordinary user in an apartment or in a house, which are experiencing problems, apparently there is a solution.

It’s called EERO and is undoubtedly a revolution in networking field. EERO is a start-up that promises to deliver a device able to cope with the most demanding requirements, including what will become in the near future streaming 4K resolution at present the highest quality available on a large scale. The EERO’s developer promise that this small router will running smoothly for 24/24 and and cover without any problems the whole house, whether it’s a small apartment or a bigger house.

Let’s start with the hardware. It has an small footprint (measuring 4.75 x 4.75 x 0.85 to 1.26 inches). Internally, it has a 1GHz dual-core processor, 512MB of RAM, 1GB of flash storage, dual WiFi radios for simultaneous 2.4GHz and 5GHz connections and support for 802.11a/b/g/n/ac. It also has Bluetooth 4.0 built right in, which lets you sync it up with a mobile app for easier setup and configuration.

At $125 for each unit or $300 for three, it might be a tough sell to get people to replace existing wireless solutions, but Eero has a few aspects that make it a compelling purchase—especially for less confident technology users.

Producers promise that the new device will completely change the way you work from  wireless home network in the near future and give assurances that we say goodbye blocked and low speed connections to the Internet.  With a fairly high cost, but it remains to be seen.