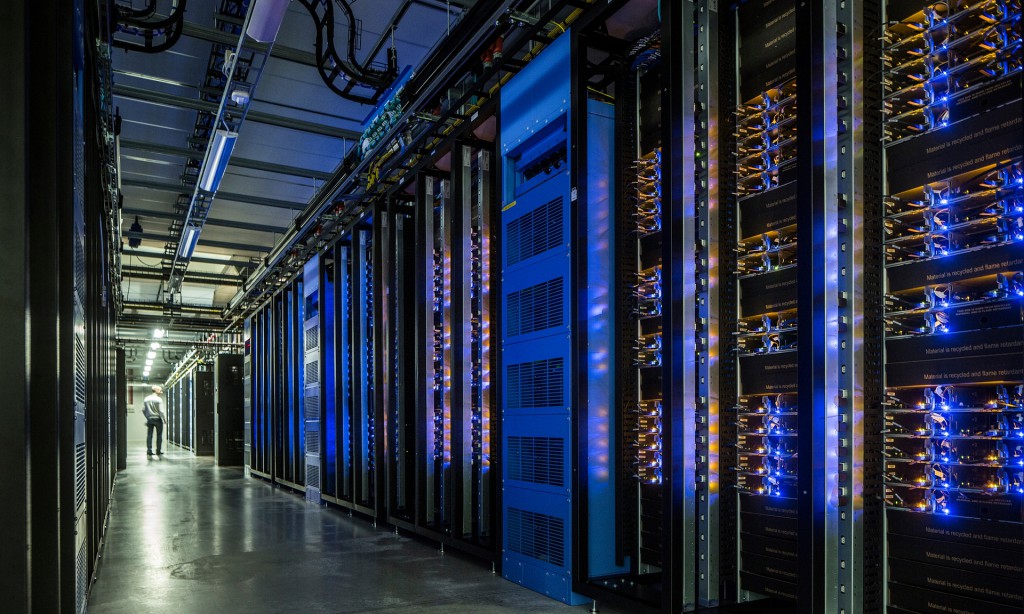 Welcome to the Facebook Node Pole, a hi-tech centre in Luleå, northern Sweden. Here was the first Facebook’s datacenter outside the US which was opened in 2013. Now in the US, Facebook has four huge datacenters with the newest at Fort Worth in Texas.  The construction of the Swedish data halls is in response to the huge amounts of electronic data being generated around the world, at a rate that doubles roughly every 18 months.

A graph shows that Facebook traffic means 4.5bn likes and 10bn messages, 350m photographs a day and 10m videos. If you upload a selfie in London, or post a status update in Paris, your data will be stored in Luleå. Pull up a 2008 photo and it will be conjured from a server here too, with data storage now a multi-billion dollar industry.

According to Facebook, its Luleå warehouse is the most energy efficient computing facility ever built.  It acts as a natural coolant, with hot air generated by the servers circulating out. Walls of axial fans keep temperatures constant. It is cold in the Node Pole: winter averages -20C (-4F). Freezing air from outside is pumped into the building.