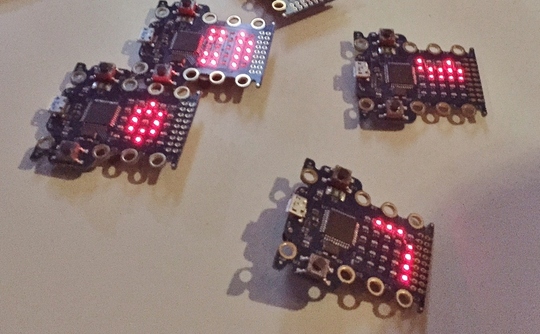 The BBC plans to give a million 11-year-olds a tiny computer this September. The Micro Bit was unveiled at this morning’s launch of Make It Digital, which is an determined project focused at getting us all to be creative with digital technology. Why BBC spends licence fee money on this instead of giving children a Raspberry Pi? We suppose that the BBC’s Micro Bit device is designed to complement computers like the Raspberry Pi rather than compete with them, according to some employees.

It is hoped that the Micro Bit will inspire children to get involved in coding and programming.

“There has been a lot of effort in the industry to abstract away the complexities of how you build something. An SDK from Apple allows you to build an app for an iPhone, but you have no idea: all you’re doing is basically calling APIs within the phone. ‘I want a reading from the GPS’ and so on,” said Atkinson.

“In an embedded environment, you literally have to make those calls. Yes, you can simplify it with some object programming, but what’s really exciting about this is that kids will get real-time feedback on what they’re doing.”

In the end, in this autumn, we will find out whether the finished the BBC’s device can live up to these high expectations.