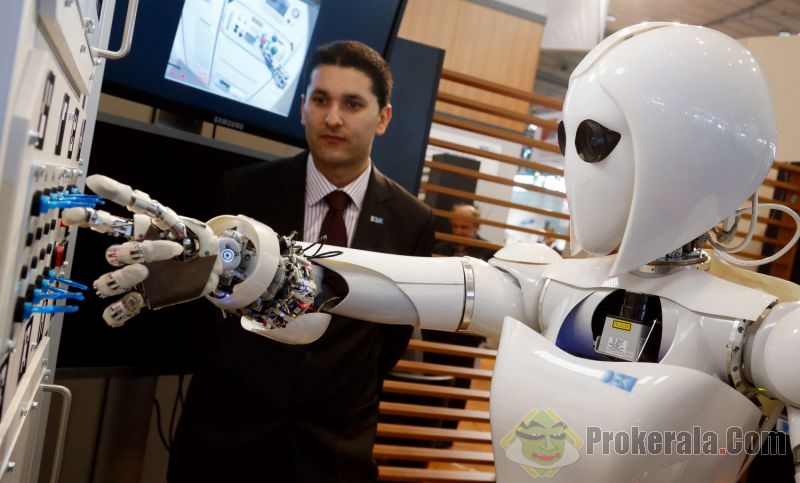 It is not a discussion drawn from a conversation on the street or an absurd drama. Dialogue is held between a technician at Google and one of the most advanced ‘chatterbots “(talking robot) which is a program that learns to make conversation dialogue based on the examples given. In the present case examples are taken from hundreds of screenplays. The program does not just throw words stored by the caller, but recognize certain words, meaning and form of the new questions that have been raised.

The model is not perfect, answer short and to the point and sometimes makes it unsatisfactory, but a program which retain, understand the context and generate new questions is an encouraging start, arising from a report published by Google. Such artificial intelligence is achieved through a process called cognitive computing, that computers are taught to mimic some ways the human brain works. Most of the works in this field have focused on natural language processing or computational linguistics (natural language processing). The computer takes the text and speeches as they appear in books and documents, extract meaning and context.

This is just one example of artificial intelligence (AI) technology at the moment. Even if we have not gotten into situations represented in science fiction movies, where robots cook and wash and lead us from one place to another, we are in a very promising beginning of the development of artificial intelligence. AI accompanies us even now, most of us, the presence of personal assistants smartphones. Siri (Apple), Cortana (Microsoft) or Google respond to voice commands and perform organizational tasks. From here to Samantha, operated by an artificial intelligence system, described in the movie “She” directed by Spike Jonze, is but a long way.

Currently, the fastest supercomputer in the world is Tianhe-2 (Milky Way 2), its computing power being of 33.9 petaflops (a petaflop is not less than a quadrillion operations per second). One of the most advanced artificial intelligence is Watson, developed by IBM, which is able to make decisions using the processes of observation, interpretation and evaluation. In 2011 Watson participated in trivia contest “Jeopardy” (a contest in which participants must answer questions from various fields – from history to gossip), managing to defeat former winners of the competition.

Two other examples demonstrate that artificial intelligence could successfully compete with the human element are Marl / O and Wordsmith. The first managed to finish a level in classic Mario game in 34 attempts. Marl / O was not “learned” nothing before entering the game, even that should lead the Mario right to finish the level. Instead, a pair of parameters have been implemented. Thus Marl / O has a level of “fitness” which is growing if Mario moves to the right and decreases when going to the left. AI knows that “fitness” good and motivated to go in the right direction. Artificial intelligence did what “it thinks” that is correct, but tried different methods, and the successful ones were saved and deleted unsuccessful. Thus, after 34 attempts, Marl / O managed to “beat” a level of Mario.