Only a few days have passed since Apple released its new iPhone6 and Iphone6Plus , and we already have information about production costs. The information comes from the company IHS, and show a less pleasant reality for us, buyers: with every new Apple smartphone and consequently increase the price and profit.

Thus, for each iPhone6 is being spent between $ 200 and $ 247, and the iPhone6 Plus is being spent from $ 216 to $ 263, depending on the amount of internal memory available. The money was included the cost of assembly, approximately $ 4.5, but were not taken into account other important segments. Such as marketing (probably the most expensive division at Apple, and responsible for all the success), or research and development (although it is not known how much money went into the design of these two models of smartphones, so various,  innovative and revolutionary). NXP Semiconductors provides the NFC chip for the iPhone 6 range. Combined with the rest of its built-in sensors, it costs $22 for both devices. By far, the most expensive component is the screen, estimated at $ 45 and $ 52.5, respectively. 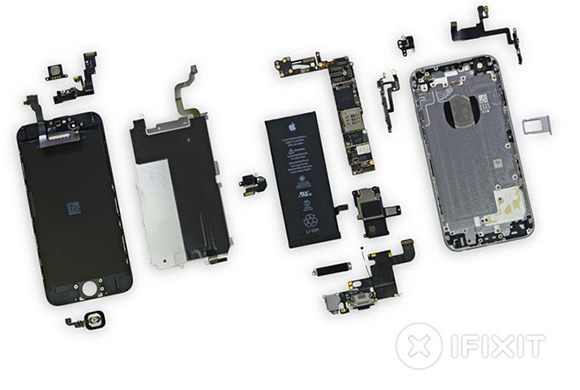 Either way,  until the acquisition of direct prices, without a contract, certainly is a long way.  For iPhone 6 cost in stores is between $ 650  and $ 850, while big brother 6 Plus is between $ 750 and $ 950 depending on the internal memory. And that means Apple has slowly increased profit margins. If it’s a lot or not, is up to everyone!