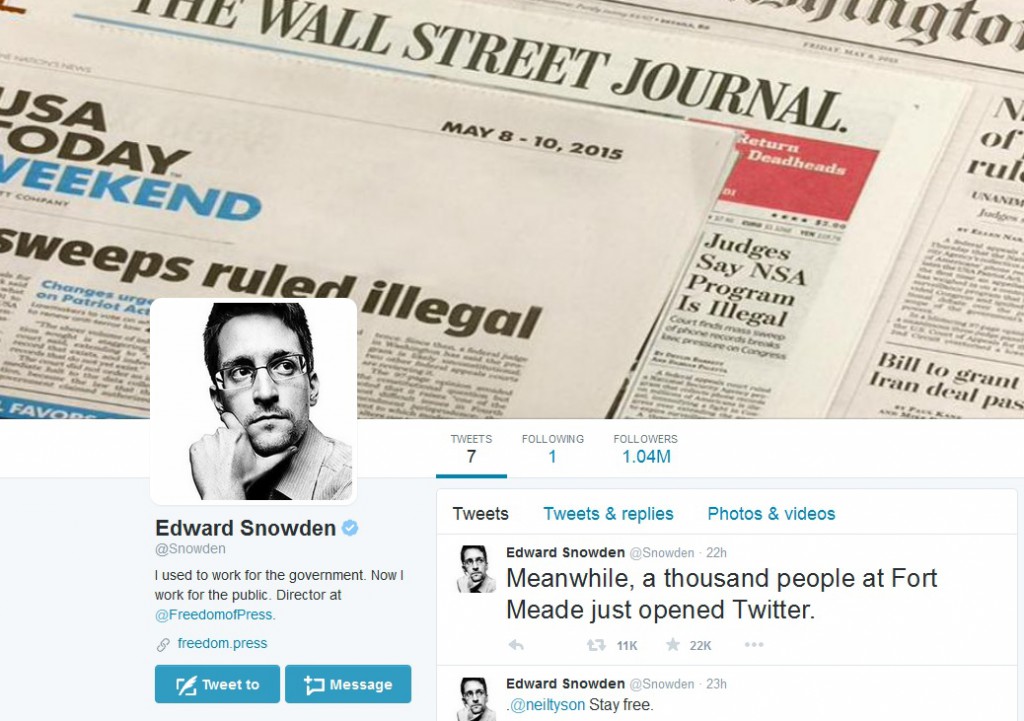 Edward Snowden recently joined Twitter and his first tweet is addressed to the National Security Agency, NSA. This is a direct attack for the freedom of the press.

Can you hear me now?

There are 100k retweets and almost 100k stars for this tweet.
In just a few days, Snowden has obtained more than one million followers. The interesting thing is that Snowden follows only one twitter account, and that is the account of the NSA, @NSAGov.

So my recommendation is that, if you want to find more breaking news regarding the freedom of press, just follow Edward Snowden on Twitter.

What will be the NSA’s answer to this tweet? Will they even bother to answer to Edward Snowden’s tweet? They should consider the fact that they only have 108k followers, while Snowden have more than one million. So this is a clear conclusion, peoples want to know what Snowden have to say. So, Edward Snowden, we’re ready for new Breaking News coming from your side.