In the last period I’ve seen a lot of big companies developing their personal Cyber Attack maps. Interesting for me was to find out that even the US and EU governments implied in these projects (probably because they finally understood the importance of cyber security). Below you’ll find a top with the most impressive cyber attack maps. 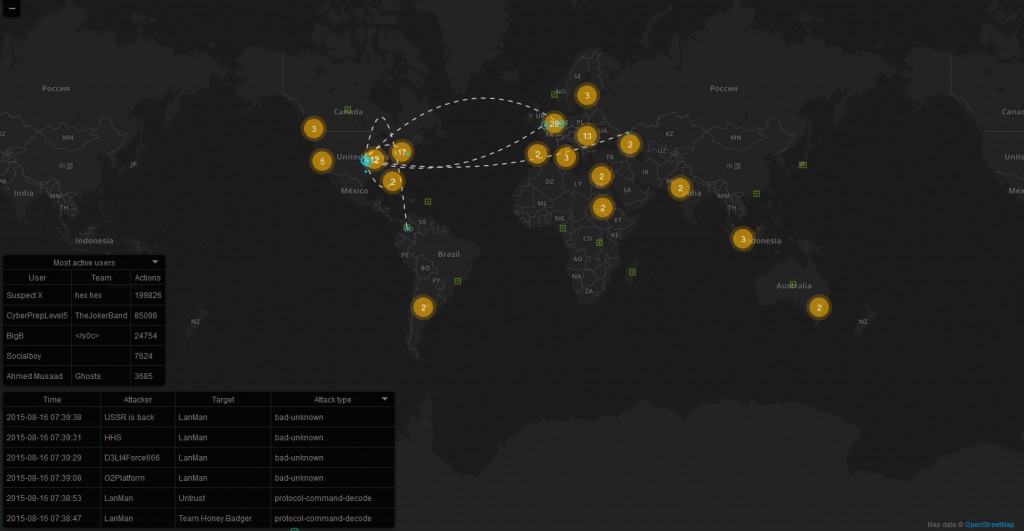 At CTF365, we think real time cyber attack maps are awesome. So we decided to build one of our own. When we started working on our map, we focused on two elements: user experience and information accessibility. By positioning these elements at the foundation of our map, we were able to create a close to real time cyber attack monitoring system that is engaging, interactive, and insightful. It’s more than a map; it’s a window into the core of the CTF365 security training platform.

According to CTF365’s blog, the map is currently being developed, so there might be some problems. But don’t worry, I played a few minutes with the map and it’s working very well. The scope of this map is to act as a comprehensive real time cyber attack monitoring system. 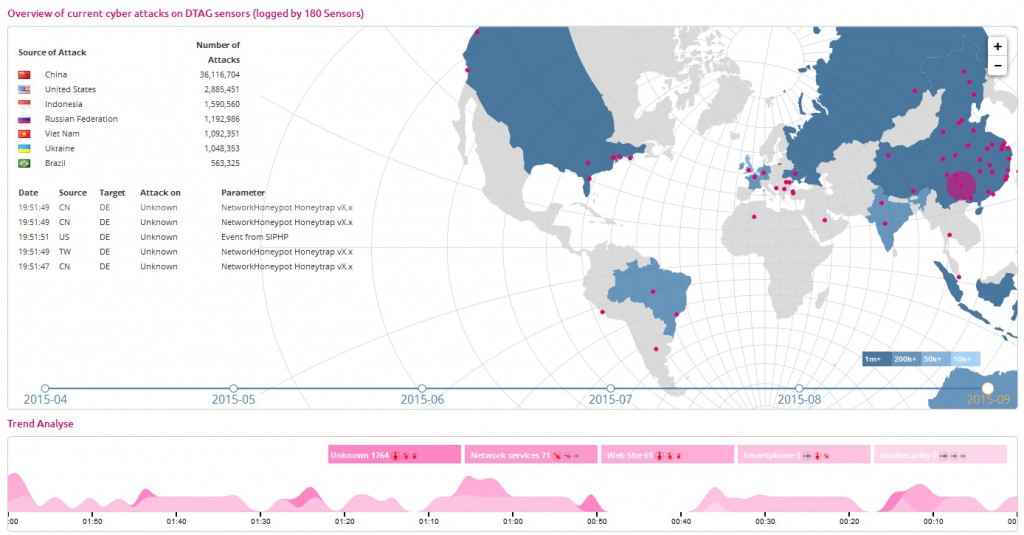 “New cyber attacks on companies and institutions are found every day. Deutsche Telekom alone records up to 450,000 attacks per day on its honeypot systems and the number is rising. We need greater transparency about the threat situation. With its security radar, Deutsche Telekom is helping to achieve this,”

The HoneyMap presents real-time attacks against the Honeynet Project’s sensors deployed around the world.

The HoneyMap shows a real-time visualization of attacks against the Honeynet Project’s sensors deployed around the world. It leverages the internal data sharing protocol hpfeeds as its data source. 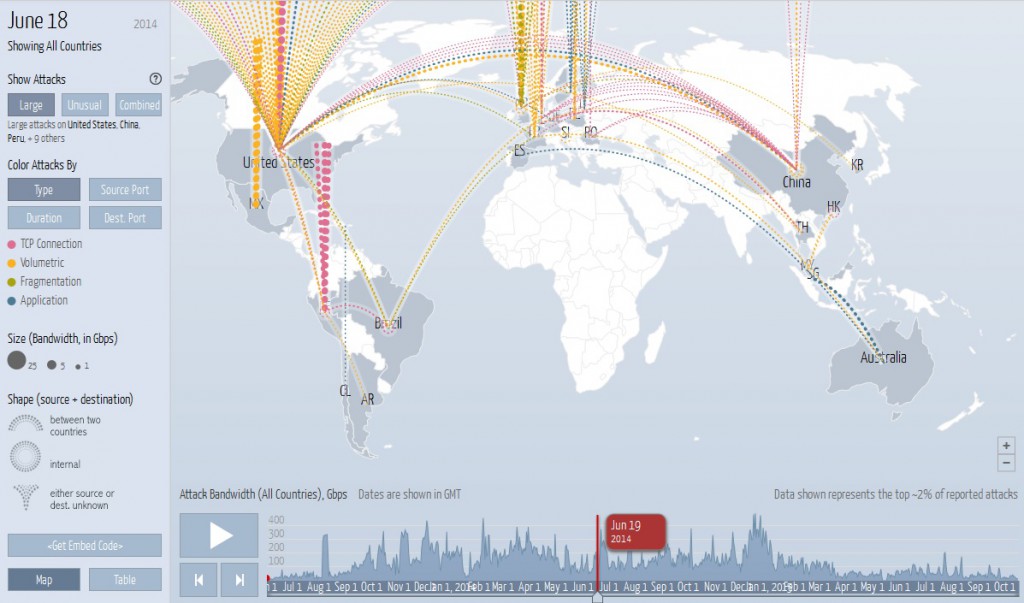 Basically, the digital attacking map presents world DDOS attacks (distributed denial of service). These attacks are happening in real time and in the animation you can see the source country and the destination country of the ddos attacks.

To protect your website, you need to have a solution for preventing DDOS attacks. My suggestion for you is to use Cloudflare. It’s free and it works well. 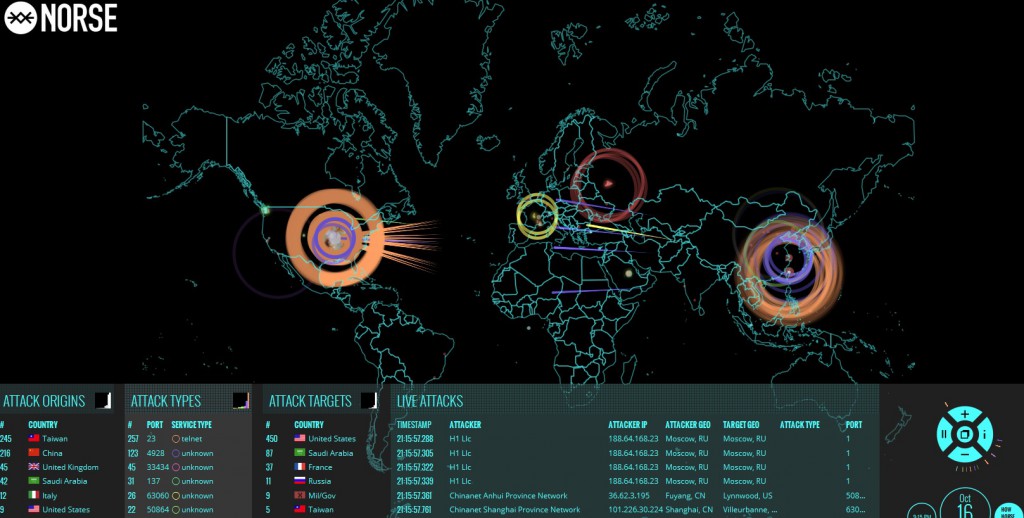 Norse has a solid reputation in the security area, that’s why I believe that this cyber attack map is an accurate representation of the data they collect and monitor. What you are seeing on the IPviking site is live reporting of attacks reaching Norse’s honeypot.

Probably the most advanced system, FireEye uses a unique system of virtual machines that lets malware do whatever it wants and then shuts it down on the real network. In this way, no signatures are needed and even new attacks are caught before any significant damage occurs. FireEye have three components: an e-mail monitor, an internet traffic monitor and a control device that lets those two systems communicate with each other and work together to stop threats.

All of these maps state that they allow you to monitor cyber attacks in real time, but not all of them present detailed attacks, and not all of them are accurate. That’s why, I believe that at this moment we should only take the attacker and the victim countries as valid information. The number of attacks may also be accurate, but the precise source of the attack is hard to find. Anyway, the live cyber attack maps are pretty cool, a good marketing tool for big companies.